Need to know and FAQ about BAWS 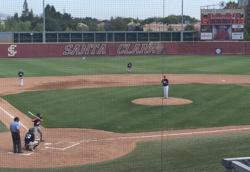 Colleges in attendance:  I alert the west coast and regional D1 programs (and many D2/D3/NAIA programs) about the dates of BAWS but I don't guarantee that any particular school attends, since I don't pay them to attend like other showcases do at their showcase "camps." BAWS has been around since 2004 so it is well known.

I always suggest that the players contact schools/coaches of interest on their own, let the schools know their summer schedule. Tell them of tournaments they will play in (and which team or teams they play for), showcases they will attend, camps, etc.

Personalized Video service is always available at BAWS! Brian Pollzzie of BP Video will be on hand at each BAWS event. Contact Brian at bjpvideo@gmail.com / (415) 595-4225 to set up your video package.

Hat/Uniform: Players are to wear your high school team hat or summer team hat. I provide a jersey for each team. Gray or White pants are fine and I don't care what color socks or belts you wear.

Concessions: Bring what you want to eat or drink (no alcohol) but there are NO SEEDS OR PEANUTS allowed at Schott Stadium for BAWS, it's just too much to clean up.  If you must or choose to eat seeds or peanuts please be courteous and get the shells into a cup or bag and dispose of them. Please.  There will be snacks, water, sport drinks available for purchase.

Game info: The games are usually 8 innings long and we will always play the bottom of the last inning, no matter the score. I manage and set all defensive changes/rotations while you are doing your best to show off your abilities and skills to coaches and scouts in the stands. If I need to add an inning or a few hitters so pitchers can face enough batters or hitters can get enough at-bats, I will do so. If an inning needs to be subtracted due to lack of pitching, that can also happen.  The playing time will balance out by the end of the third day. You are expected to play hard, to hustle, to be respectful of each other, your coaches in the dugout, the facility.  You represent yourself, your school, your high school coaches, your parents, and of course the game. There will be lots of eyes on you, have fun and do your best.

Pitching info: Pitchers will not be allowed to go over 35 pitches in an inning and if a pitcher does get to 35 pitches in an inning, that will be considered a two inning outing. I want to protect your arms, as you will be playing a lot of ball this summer. Primary pitchers will face a minimum of 9 batters during the event. Most pitchers will be scheduled in one or two inning outings. You are expected to GO AT THE HITTERS aggressively. DO NOT nibble. Challenge hitters, finish hitters when it is a situation to do so, use your secondary pitches wisely and in the right spots. The college coaches who are watching you are watching your arm action, your body type, your aggressiveness TO THE ZONE and your ability to get hitters out on pitches IN THE ZONE (as opposed to trying to get every hitter to chase), as well as your ability to pitch and change speeds effectively. Please also limit the pick-offs to 1st base. It is good to show you have a move and you can show your best one but at-bats when pitchers pick over 2-3 times frustrate the coaches/scouts evaluating the players. It just gets boring. Plus, when runners try to steal, the catchers get to show their stuff and the runners show their stuff too.

Pitching time: The reason I do not offer only a minimum of innings for your time is that a pitcher might have a long outing and face 9 hitters in one inning. That is plenty to be evaluated on. What is more realistic is that pitchers generally go two full innings early in the event and usually face up to 9 hitters in that time. If a pitcher is short a hitter or two after his first two innings I make sure to schedule them in their team's last game. The only time that might not happen is if a pitcher pitches in each of the first two games. Be patient, it will all work out. I do not want to have pitchers throw each day but some will be expected to pitch on back to back days. Communicate with me or the coaches in the dugout about your ability to take the mound at anytime. The last thing any of us wants is for you to get hurt.

Position player info/playing time: Position players (though catchers are a little different, info to follow below) will play equal defensive innings of each game unless you are a two way player (meaning you are schedule to pitch and to play a position). You might not play equal innings of each game in the field if you are a two-way guy because you will have to spend time in the pen warming up, etc. As for at-bats, if the players in your half of the game get a lot of hits, you will get more at-bats. If in your half of the game your line-up goes 3 up and 3 down each inning, then you will not get many at-bats that game. I can't control how your team hits, I can only control the defensive playing time.

Catchers: There will be at least three catchers on each roster, possibly as many as four. That allows for an available guy to warm up pitchers in the pen and on the field. Catchers will share game time differently than the other position players and in some cases, catchers will be mixed into other positions like 1st base and the outfield, perhaps 3rd base.

Position versatility: If you are asked to play a different position (I can guarantee that you will be) at anytime, it is because it is necessary for playing time purposes. Don't be offended. Enjoy the challenge, be an athlete. Another note about playing different positions... College coaches WANT athletic and versatile players. If you can hit or really run those coaches will look for ways to get you on the field early in your college career and believe it or not, that is likely to be at a position you didn't play in high school. If I ask you to play in the OF, again, it is because as a former MLB scout and D1 recruiting coordinator/coach, I believe you are an ATHLETE and think your skill set fits at multiple positions. It is a compliment to you and again, it is GOOD for you to be seen as a versatile player.

Walks/HBP situations: There are walks, so be aggressive to hit strikes early in the count. If you walk or get hit by a pitch, you will stay at the plate with a 1-1 count and the pitchers will be required to throw fastballs. A runner will go to 1st base. If you walk in that next at-bat, you walk and will take your base. If you get hit on the first or second pitch the count will be 1-0. Pitchers, if you walk or hit a batter, that counts as a batter faced and even though you will face the same hitter with a new count, that will then count as two hitters faced for the pitcher.

Batting order: After the first game we generally will start where we left off in that game, meaning the on deck hitter when the previous game ended, he will bat first in the next game.  But there are times that won't take place.  After each game I look over the plate appearances and for each of the next two games I am adjusting the line-ups to keep plate appearances in check. After the second game for each team I will know how many plate appearances each player has had and will make sure it all works out as close to evenly as possible by the END of the last game. Be patient, it will work. I've been doing this a long time.

MORE Catching info: Catchers, you will be working hard. Catchers will be responsible for picking each other up between innings and for getting each pitcher warmed up. If for some reason a catcher is not available to get the game pitcher or the next pitcher warmed up, someone grab a glove and help out. It will be very cool of you to do that and it shows respect for your teammates and the game. Also, to help the BP pitchers throw more consistent strikes, catchers will also rotate in behind the plate during the batting practice evaluation.

BAWS started in 2004 and has been one of the best events on the West Coast for a long time now.  The reason the event has been so good is that I have had good players over the years and they have played hard. Carry on the tradition.

Over 600 past participants have had an opportunity at the D1 level, which is about 43% of all previous participants. Think about it. More than 4 out of every 10 players has received an opportunity at the D1 level. There have also been 180+ players with pro ball opportunities and quite a few 1st round picks, including former Stanford RHP Mark Appel who went #1 overall a couple of drafts ago.

There are now 16 former participants who have reached the big leagues, including quite a few two who debuted this year (J.R. Graham, Cody Martin, Tyler Cravy, & Joe Ross)... they joined former event standouts Andrew Susac and 2015 All-Star Joc Pederson in the big leagues!

Email me at anytime with concerns or questions.